If you see a spec script that interests you, please e-mail a release with the name of the script you’d like to read to: amy.sparks24@gmail.com.

I will e-mail the script back to you in PDF format. I use FinalDraft.

Lark McCallany is one woman with a whole lot of problems. Just back in her home town of Royal, Ohio, Lark discovers her sister is trying to sell her beloved family home out from under her in order to fund a goat yoga studio (or was it a spirulina factory…?) in Tempe. Desperate for the 50k she needs to pay her off, Lark takes on a cold case that comes with a fat reward. The problem? The reward expires in three days. Can she find the killer in time to save the home she grew up in… or will she become the next victim?

The sequel to Good Thunder, Hard Freeze follows Lark during the coldest winter on record as she hunts for the Mafia Don who ordered a hit on Vinnie Ivanovich’s beautiful mistress, Kindergarten teacher Sophia North. Can she find the hitman in time, or will she swim with the fishes?

When Opaline and Melvette Darling learn their brother, Beau, has lost the family cabin in a poker game, they decide to take matters into their own hands. Can Lark find the girls in time… or will this be her last stand?

When the dysfunctional Darling family gets a naughty faerie, all hell breaks loose. Can the faerie bring this family together — or will he tear them apart?

When 14 year old Johnny Blaha’s mom splits, he finds himself evicted from the apartment they shared. With the help of his BFF’s, Gustavo and Darious, Johnny makes a new home in the high school storage room and trouble abounds. Will Johnny become a hero… or a zero?

Princess Alexa of Craith’s father, King Berach is dying of the dreadful angeline putrudim, she knows that the one thing that can save him is the ancient Blood Amulet. Determined to save him, she makes a harrowing journey north, the the Kingdom of Cassan, where she pleads with Draco the Angry to allow her to have the amulet. Will Draco help her, or will Alexa have to fight for her father’s life?

I also have other script ideas in mind. Feel free to enquire.

Thanks to Adobe Spark, I was able to create the cover art for my audiobook, Darling’s Faerie.  What do you think? What changes do you think should be made? What can be improved? Your input is much appreciated. Let me know what you think!

P.S. My audiobook won’t be out until November/December 2018. I’ll keep you posted. If you can’t wait for the audiobook, the Kindle version is available at Amazon.com for .99 (free for KU subscribers). You can also buy a paperback version. 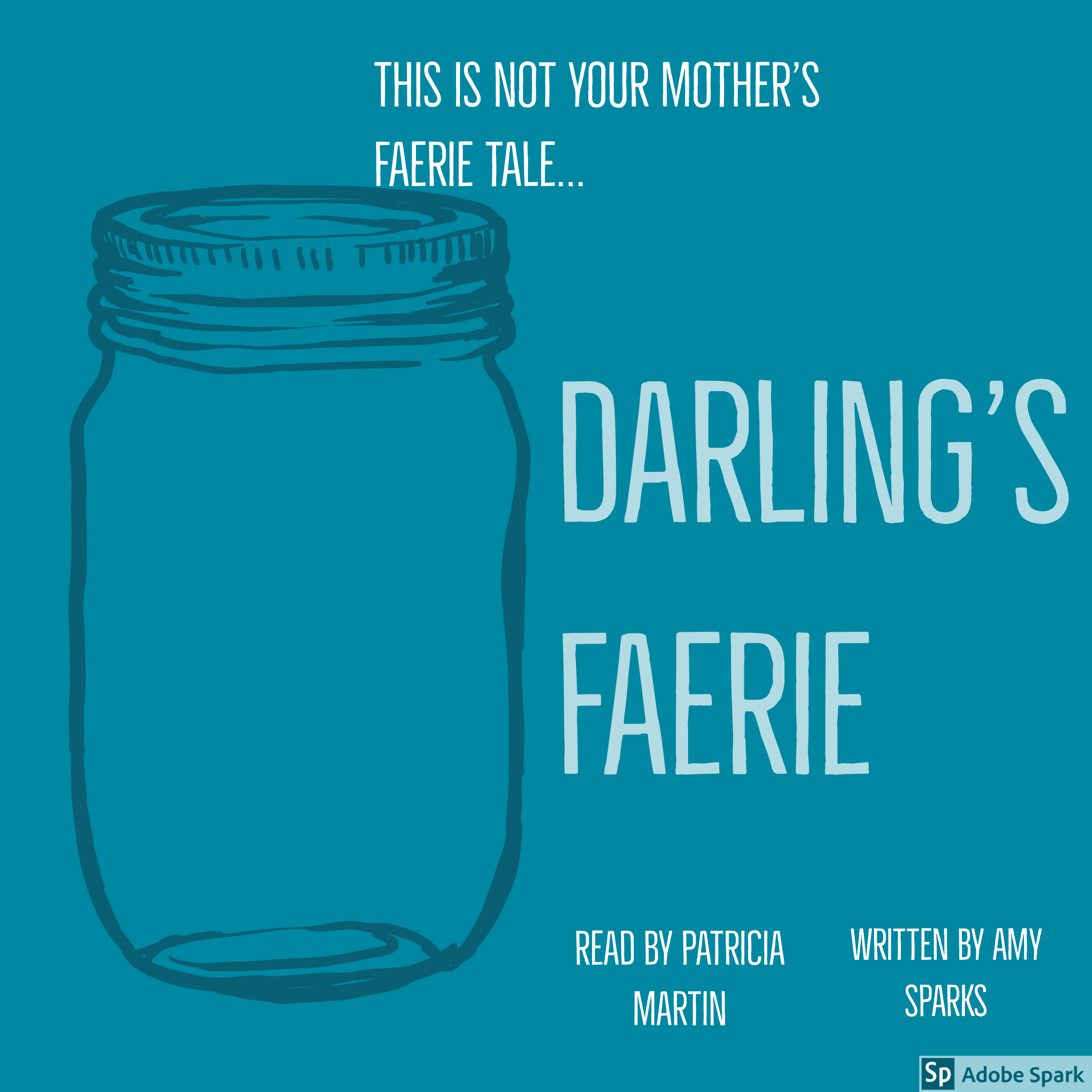 My YA adult novella, Darling’s Faerie, is now available on Amazon.